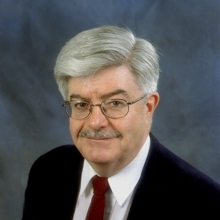 Richard K. Betts  is the Leo A. Shifrin Professor of War and Peace Studies in the political science department and Co-Director of the International Security Policy program in the School of International and Public Affairs at Columbia University.  He was Director of the Saltzman Institute of War and Peace Studies for 23 years and Director of National Security Studies at the Council on Foreign Relations for four years where he is now an adjunct Senior Fellow.  Previously he was a Senior Fellow at the Brookings Institution and adjunct Lecturer at the Johns Hopkins University’s Nitze School of Advanced International Studies.  He also served at different times on the Harvard University faculty as Lecturer and Visiting Professor.  Betts invented the Summer Workshop on Analysis of Military Operations and Strategy (SWAMOS) and has directed it since 1997.  He received his B.A., M.A., and Ph.D. in Government from Harvard.

Richard K. Betts, “Pick Your Poison: America Has Many Options in Syria, None are Good,” Foreign Affairs, 5 September 2013.

Richard K. Betts, “Elusive Equivalence: The Political and Military Meaning of the Nuclear Balance,” in Samuel P. Huntington, ed., The Strategic Imperative: New Policies for American Security (Cambridge:  Ballinger, 1982).  Excerpt published as “Strategic Equivalence: What Is It, How Do We Get It?” Air University Review XXXIII, no. 1 (November/December 1981).

Richard K. Betts, “Paranoids, Pygmies, Pariahs, and Nonproliferation,” Foreign Policy no. 26 (Spring 1977).  Reprinted as “How to Keep the Nuclear Club Exclusive” in Across the Board XIV, no. 9 (September 1977).  Revised version published as “Paranoids, Pygmies, Pariahs and Nonproliferation Revisited,” Security Studies II, no. 3 (Spring 1993), and in Zachary S. Davis and Benjamin Frankel, eds., The Proliferation Puzzle (London: Frank Cass, 1993).

Richard K. Betts, “At Issue: Should the National Intelligence Director Serve for a Fixed Term?” CQ Researcher, 29 May 2015.

Richard K. Betts, “A Century of Intervention, Regarded with a Cold Eye,” New York Times, 2 May 2006.

Richard K. Betts, “The Lure of Military Society,” The American Conservative, 23 May 2005.

Richard Betts’ Military Readiness Cited in War on the Rocks

“Is the ‘Liberal World Order’ Worth Defending?” A Panel Discussion