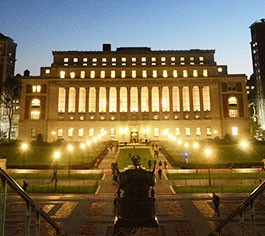 The Saltzman Institute of War and Peace Studies has launched a new program, “Emerging Voices in National Security and Intelligence.” Led by Interim Director Peter Clement, the program began in the Fall of 2021.

Intelligence is central to the making and study of national security policy, as underscored by the role of intelligence in major recent events the terrorist attacks of September 11, the US invasion of Iraq, the hunt for Osama bin Laden, and Russia’s interference in the 2016 U.S. presidential election. These events highlight the critical need for a deep and sophisticated understanding of the intelligence business and its role in contemporary issues of national security. The Saltzman Institute’s Emerging Voices in National Security and Intelligence Studies program seeks to more fully integrate key aspects of intelligence—its history, current-day mission, capabilities, and workforce culture–into the SIPA/Columbia international relations and national security curriculum. A key element of the program is to encourage students at both the undergraduate and graduate level to learn about and consider opportunities in the national security arena, including women, BIPOC, and first generation students.

Components of the program include four new courses on intelligence and national security; an annual conference; a senior security speaker series; class guest speakers; career-focused activities including panel discussions with young professionals working on national security issues and career “boot camps; ” support for an annual post-doctoral research scholar in international security and intelligence studies; and summer financial internship support for promising undergraduate students. Sign up for our mailing list on the home page and to keep informed of upcoming activities.