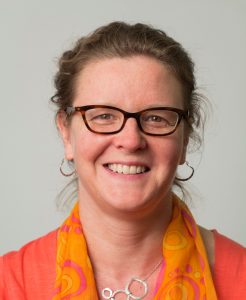 V. Page Fortna is the Harold Brown Professor of US Foreign and Security Policy in the Political Science Department. Her research focuses on terrorism, the durability of peace in the aftermath of both civil and interstate wars, and war termination. She is the author of two books: Does Peacekeeping Work? Shaping Belligerents Choices after Civil War(Princeton University Press, 2008) and Peace Time: Cease-Fire Agreements and the Durability of Peace(Princeton University Press, 2004).  Fortna has published articles in journals such as International Organization, World Politics, International Studies Quarterly, and International Studies Review. She is currently working on a project on terrorism in civil wars. Her research combines quantitative and qualitative methods, draws on diverse theoretical approaches, and focuses on policy-relevant questions.

Fortna received the Karl Deutsch Award from the International Studies Association in 2010. She has held fellowships at the Olin Institute at Harvard, the Center for International Security and Cooperation at Stanford, the American Academy of Arts and Sciences, and the Hoover Institution.

Fortna teaches courses on international politics, war termination and the durability of peace, terrorism, cooperation and security, and research methods. Her article “Do Terrorists Win? Rebels’ Use of Terrorism and Civil War Outcomes” (International Organization, Summer 2015) has been highlighted in The Atlantic; Slate; and Die Zeit. She talks about her research with Dan Riendreau of the Corus Radio Network here (aired May 28, 2015), and about her work in general on the Dean’s Table podcast here.

Fortna holds a B.A. from Wesleyan University and a Ph.D. in political science from Harvard University.

V. Page Fortna, “Inside and Out: Peacekeeping and the Duration of Peace after Civil and Interstate Wars,” International Studies Review 5, no. 4  (December 2003); Reprinted in Suzanne Werner, David Davis, and Bruce Bueno de Mesquita, eds., Dissolving Boundaries: the Nexus between Comparative Politics and International Relations (Blackwell Publishing, 2003).

V. Page Fortna, “Why Slashing Funds for UN Peacekeeping is a Terrible Idea…Even for Those Who Want to Put America First,” Fox News Opinion, 18 August 2017.

V. Page Fortna, “Next Steps for Syria, Russia and the US,” Panel Discussion, To the Point, National Public Radio, 17 September 2013.

V. Page Fortna, “Has Violence Declined in World Politics?,” Discussion of Winning the War on War: The Decline of Armed Conflict Worldwide by Joshua S. Goldstein, Perspectives on Politics 11, no. 2 (June 2013).

V. Page Fortna, “How Can Permanent Cessation of Civil Wars Be Achieved? Lessons from international conflict and a look at some African cases,” Center for International Studies, Massachusetts Institute of Technology (1997).

V. Page Fortna Elected to the American Academy of Arts and Sciences

The Russian Invasion of Ukraine: Military and Strategic Dimensions