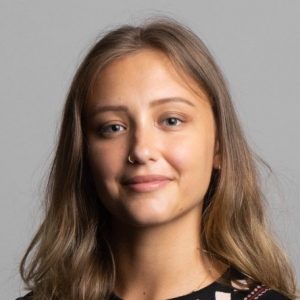 Katya Kantor is a senior at the School of General Studies from Tel Aviv, Israel, who has also lived in Russia, Spain, and the U.S. She is double majoring in Middle East Studies and Religion. Some of her research interests include Middle Eastern geopolitics, U.S. foreign policy in the Middle East, terrorism and counterterrorism, the politics of immigration, and marginalized groups. Previously, she has interned under Mike Singh of The Washington Institute, former Ambassador Yitzhak Eldan of The Ambassadors’ Club of Israel, and served as a research assistant to Professor Moshe Sharon of Hebrew University and Professor Avner Wishnitzer of Tel Aviv University. Outside the classroom, she is involved with Eye to Eye, a program that connects between College students and Middle School students with learning disabilities and helps them maximize their abilities and battle stigmas.